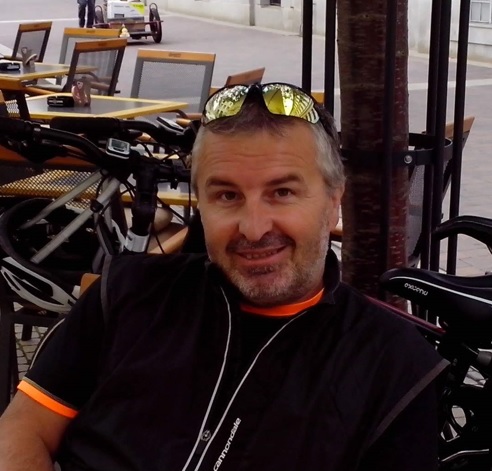 „Everything is better done with a good mood and a smile.“

Martin Riffler comes from Bohuslavice, from the village of fertile Haná. He is a warrior from birth, nothing leaves him indifferent, he goes after everything, but not headless. He will be fifty this year, married and having two children. He works as a CNC operator. He enjoys photography, music, gardening, and orchards. He is a member of SDH Bohuslavice and therefore his other hobby is fire sports.

However, his biggest hobby is cycling, together with his wife. Not only getting to know new destinations, new people or taking photos of the surrounding landscape, but also working on tracing and designing new possible cycling routes. And thanks to his hobby, he received an invitation to the CityChangers initiative, where he became an ambassador with his bike track project. He's been connected to a bicycle all his life. He doesn't remember exactly when he first got on the bike, but he knows when he last sat on it. This morning. If the weather allows, he rides his bike all year round to work, which is 20 km a day.